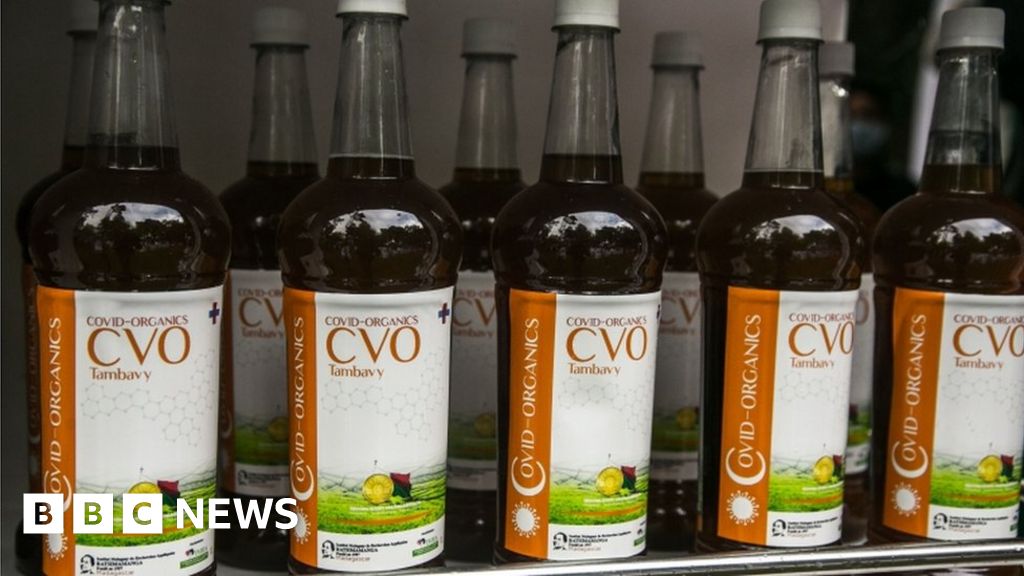 The World Health Organization (WHO) has agreed rules for the testing of African herbal remedies to fight Covid-19.

Sound science would be the sole basis for safe and effective traditional therapies to be adopted, it said.

Any traditional remedies that are judged effective could be fast-tracked for large-scale manufacturing.

Madagascar’s leader has been promoting an untested product he says can cure the disease despite the WHO warning against using untested remedies.

The WHO said the new rules were aimed helping and empowering scientists in Africa to conduct proper clinical trials.

The move comes as the number of confirmed cases of coronavirus worldwide passes 30 million, with reported global deaths standing at more than 957,000. In Africa there have been more than 1.3 million cases and than 33,000 reported deaths.

Around 140 potential vaccines for Covid-19 are being developed around the world, with dozens already being tested on people in clinical trials.

Alongside these efforts, the green light has now been given for phrase three clinical trials using African traditional medicines.

A panel of experts, set up by the WHO, the Africa Centre for Disease Control and Prevention and the African Union Commission for Social Affairs, has agreed on the protocols.

Phase three trials usually test the safety and efficacy of a drug on larger groups of participants.

“The adoption of the technical documents will ensure that universally acceptable clinical evidence of the efficacy of herbal medicines for the treatment of Covid-19 are generated without compromising the safety of participants,” said Prof Motlalepula Gilbert Matsabisa, the panel’s chairman.

“The onset of Covid-19, like the Ebola outbreak in West Africa, has highlighted the need for strengthened health systems and accelerated research and development programmes, including on traditional medicines,” the WHO’s Dr Prosper Tumusiime said in the statement.

In April, Madagascar’s President Andry Rajoelina launched Covid-Organics to great fanfare, saying it was a prevention and remedy. It had been tested on 20 people over a period of three weeks.

Mr Rajoelina stands by the herbal concoction, despite the Indian Ocean island having had 15,925 coronavirus infections and 216 Covid-19 deaths.

The drink, which has also been sent to dozens of African countries, is produced by the Malagasy Institute of Applied Research from the artemisia plant – the source of an ingredient used in a malaria treatment – and other Malagasy plants.

Dr Tumusiime said that via the WHO’s African Vaccine Regulatory Forum, there was now a way for clinical trials of medicines in the region to be assessed and approved in fewer than 60 days.