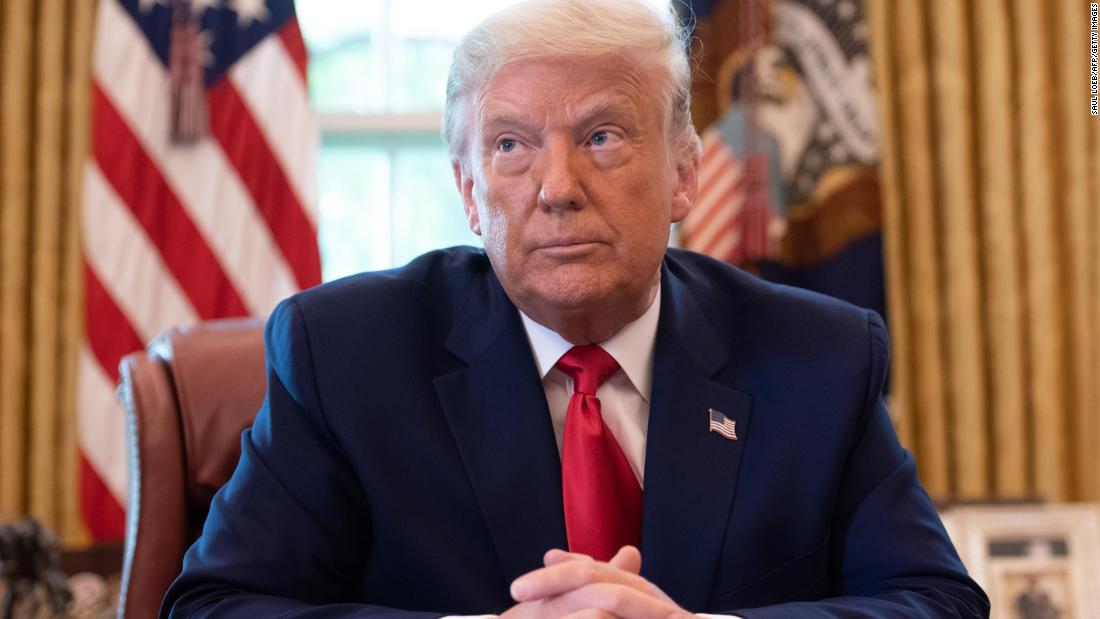 Politics
Share on Facebook
Share on Twitter
Share on Pinterest
Share on LinkedIn
CNN has obtained new audio from Woodward’s 18 interviews with Trump related to the courts, including interview excerpts that were not included in the book. The interviews show how Trump understands the importance of the judiciary to McConnell’s worldview — and that their record on judicial appointments will be a significant part of his own presidential history.
“You know what Mitch’s biggest thing is in the whole world? His judges,” Trump told Woodward in December 2019. “He will absolutely ask me, please let’s get the judge approved instead of 10 ambassadors.”
Trump’s comments to Woodward take on new significance following Ginsburg’s death Friday night. Trump has pledged to quickly name a replacement for the 87-year-old liberal jurist, and McConnell has vowed to move forward with a Senate vote. Critics have attacked McConnell for hypocrisy since he refused to allow a vote on then-President Barack Obama’s Supreme Court nominee Merrick Garland following the death of conservative judge Antonin Scalia in February 2016. At the time, the presidential election was still nine months away, yet McConnell said the vacancy should not be filled until after the election.
Remaking the judiciary with a slew of conservative judges has been one of the top accomplishments for both Trump and McConnell. While they have clashed at times and faced setbacks on legislative items like repealing the Affordable Care Act, they’ve united around the cause of confirming judges.
In his interviews with Woodward, Trump touts the number of federal judges he’s appointed, claiming to have “broken every record” and predicting he will have named 50% of the country’s federal judges by the time he leaves office. Trump’s 200th federal judge was confirmed by the Senate in June, giving him roughly a quarter of the federal bench.
CNN has repeatedly fact-checked Trump’s false claims that he’s set a record for judges appointed in a president’s first term.
Trump told Woodward in May that the judges he’s appointed to vacancies that existed when Obama was president are “like golden nuggets.”
“You know, you have presidents that never got to appoint a Supreme Court judge. I’ve appointed two in three years,” Trump told Woodward in a March interview excerpt not included in “Rage.”
When Woodward notes that former President Jimmy Carter didn’t appoint any Supreme Court nominees, Trump responds: “He deserved none.”
In the book, Woodward writes that South Carolina GOP Sen. Lindsey Graham, who will shepherd Trump’s third Supreme Court nomination through the Senate as Judiciary Committee chairman, had expressed concerns to him about the judiciary becoming too partisan.
Woodward asked Trump in January if he shared those concerns.
“Well, it depends,” Trump responded. “Yeah, it’s very partisan right now, basically. It’s always a party vote. I mean, look, the whole country right now is a partisan vote.”
Earlier this year, the Supreme Court ruled 6-3 that federal law protects gay, lesbian and transgender workers from discrimination, with Trump’s first Supreme Court appointee, Justice Neil Gorsuch, writing the opinion that sided against the White House.
When Woodward asked Trump in June if he was okay with the decision, Trump said, “Yeah, but this is the way he felt. And, you know, I want people to go the way they feel. I mean he felt he was doing the right thing. I do think it opens — I do think it opens the spigots for a lot of litigation.”
“Well, I think he’s been very careful,” Woodward responded. “You know, I’m pressing. But I think if you were on the Supreme Court, you would have voted for more freedom.”
“That’s very interesting,” Trump responded, in a part of the interview not included in Woodward’s book. “Okay. Well, I’ll never get that vote.”
“Well, maybe you can appoint yourself,” Woodward suggested in jest.
“I am what’s good for people. All people. So, you know, that’s where I am,” Trump said.
In another interview excerpt not in “Rage,” Trump boasted to Woodward that he could appoint “maybe even 300” judges by the end of his first term. Woodward responded by joking to Trump that “maybe they’ll put a statue of you outside the Supreme Court.”
Trump runs with the notion. “Oh, what a good idea. I think I’ll have it erected tomorrow,” he said. “What a great idea. I think I’ll use it. I won’t say it came from me.”
This article was originally published by Cnn.com. Read the original article here.
Share on Facebook
Share on Twitter
Share on Pinterest
Share on LinkedIn